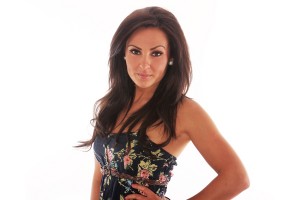 Make-up is a form of care substance used to enhance the appearance of the human body, and dates back to early Egyptian times.

Because of the recent boom in younger girls using make-up, many brands such as Rimmel have taken advantage of the sudden expansion by releasing new make-up products which appeal to the younger audience such as flavoured lip gloss. There are growing concerns about such make-up companies taking advantage of their new, younger, audiences as many believe that they are encouraging younger girls to use more make-up, which could result in obsessions with appearance or low self esteem.

Of course, one of the most controversial arguments within the make-up industry is the use of animal testing. Animal testing is a form of testing whether cosmetics such as make-up are safe for the use on humans. This will usually involve hideous and unnecessary experiments on animals for example, rubbing the products on the animals’ skin, dripping it in their eyes and force feeding the animals the products without the use of pain relief. In the U.S alone, over 100million animals a year are killed in unimaginable ways.

However, because of the way you can tailor make-up to suit your face and style, nearly all women use make-up because it can be used to highlight an individual’s best facial features such as lips, which makes women feel more confident. An increase in confidence could also give you a better posture, as when you feel confident you stand taller with your head held higher – a better posture. So make-up can help women gain a better posture as well.

Although, it is recommended that you should not always wear make-up as make-up can cause your skin to age faster than normal and lead to skin irritations if too much is constantly put on. It’s much healthier to leave your skin to breathe once or twice a week. Wearing too much make-up can also cause more spots to occur on your face, so if you are already wearing a lot of make-up to cover spots and blemishes you could be making the situation worse. Again, it would be best to lay off the cosmetics and let your skin breathe.

Here at the Suffolk Photo Studio, we offer a Makeover Day for 1 at a very reasonable price, which has the same layout as a Simple Shoot but also includes a make-over from our professional make-up artist. This also includes FREE styling ideas!